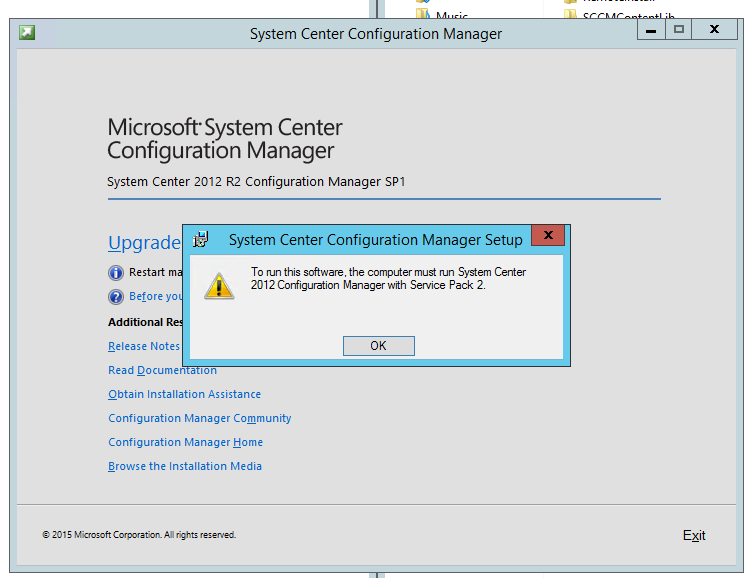 Apparently to install SP1, I must have SP2 installed.

What you actually need is the iso titled mu_system_center_2012_configuration_manager_and_endpoint_protection_with_service_pack_2_x86_x64_dvd_6677749.iso

Why am I downloading SP2 media to move to SP1?… well, that’s a good question – and one that only Microsoft can answer.